Lords the home of cricket.

Lords is owned by the worlds biggest cricket brand, the Marylebone Cricket Club Which also owns the copyright to laws of cricket crazy.

Why does a Scotsman care about Lords or cricket?.

Simple family my papa was a Yorkshireman and keen cricket fan . As I was growing up he would look after me which meant summers of test cricket on BBC. Over the years I watched it with him and had a beer of G&T with him . As time progressed I would have tell him what as happening as his eye sight deteriorated .

So I have a relationship with cricket and find childhood memories due to my papa.

This year I decided I was going to visit lords but first I had to get a ticket a fairly simple procedure.

I went onto the Lords website http://www.lords.org looked at the fixtures and found a ODI with India perfect not too long not too short 50 overs each. You don’t just buy tickets though you pick where you want to sit I went for the Grand Stand £100 a ticket pricey but your watching a sporting event at an iconic venue for 8-9 hrs.

Then you feel in your details and wait you see it’s balloted for tickets due to demand.

On the day of the match I got the train to Euston and walked through Regent Park to the ground it was a lovely summers day and I got to stretch my legs before sitting down for 9 hrs .

Lords is by St John’s Wood and is a lovely area I would recommend going early and grabbing breakfast somewhere and chill. Even celeb spot my spot of the day Mr Damian Lewis ( way taller and muscular than in TV)

Then head to Tesco and stock up on supplies:

Water (you can refill once in the ground)

Your bag will be searched on entrance we entered through the North Gate busy but we got through very quickly all the event staff were quick,friendly and efficient throughout the day.

Then the walk to find your seat 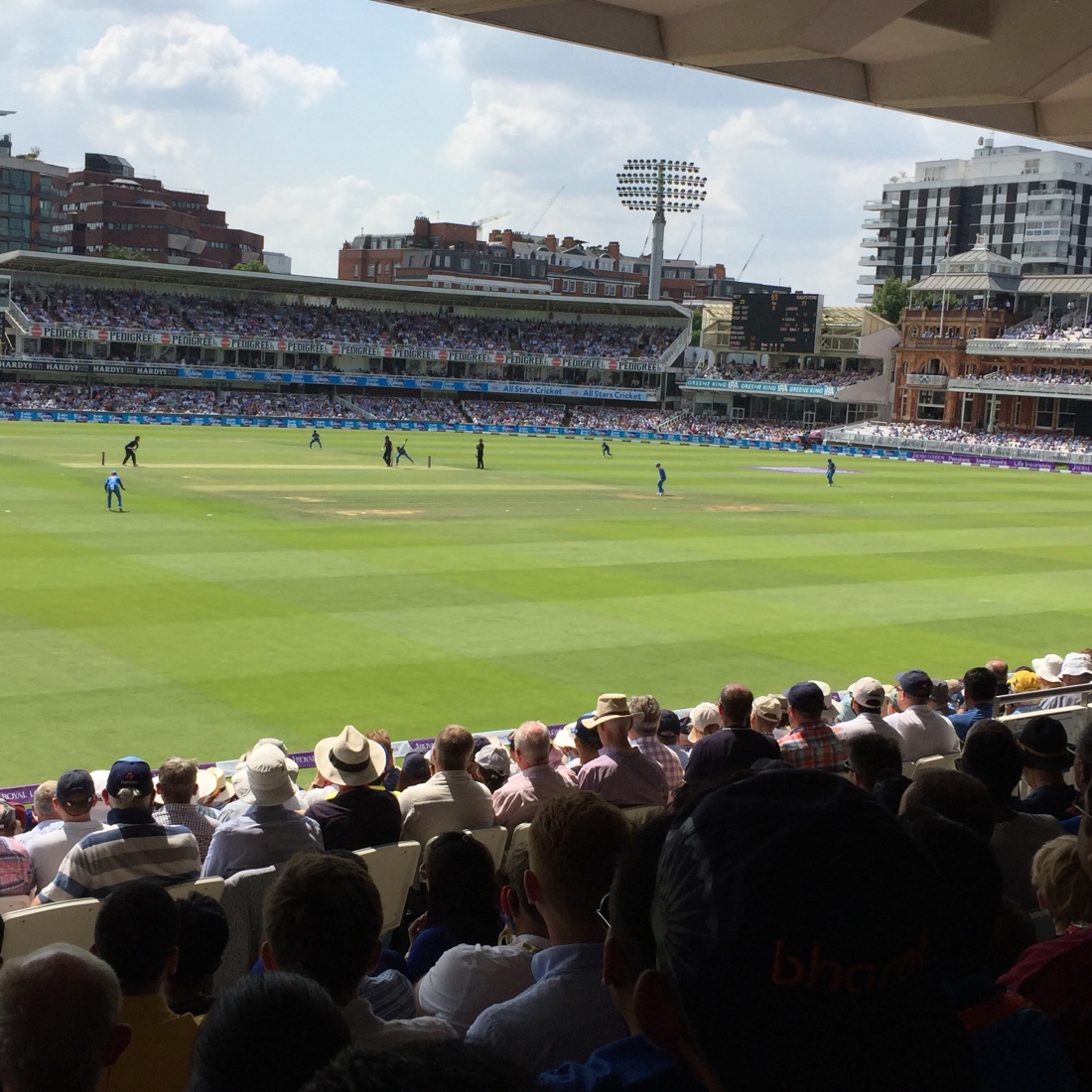 this was view I was impressed I could see everything very clearer and there are of course screens for reply’s or use sky go as well to watch on sky sports another tip.

The seat I had was nice and padded perfect for 8hrs and enough leg room I’m 6ft 2inc.

The next question facilities bar you had que’s but nothing major 5 minutes top about £5-6 a pint £9 a pint of Pimms and lemonade.( I know steep but is London and an event).

Food though I’m not paying £5 for a pork pie or scotch egg hence why you go to Tesco.

You can previous hampers or book into a restaurant but it’s pricey but looked fab.

Toilets busy but all fine and enough of them.

So onto the cricket England started well and collapsed mid order no surprise there but Joe Root getting a very impressive century helped by battling Willey getting a half century give England a respectable 322 for India to chase.

India started very well their fans in good spirits trying to wind up the English but soon lost 3 quick wickets and became very quiet we only sing when are wining springs to mind the match levelled out for a while and could of swung either way but India never recovered or in few went for it.

This was confirmed by the introduction of the legend Dhoni when India were 140-4 he didn’t seem to be at the races. Hitting singles when his country needed 4’s and 6’s. As the match continued the atmosphere changed fans felt sort changed even booing him and slow clapping as he lost interest and stopped running.

So the final 15 overs were non event but overall visiting Lords was a fantastic experience and would love to return next and at some point with Thea as she gets older . 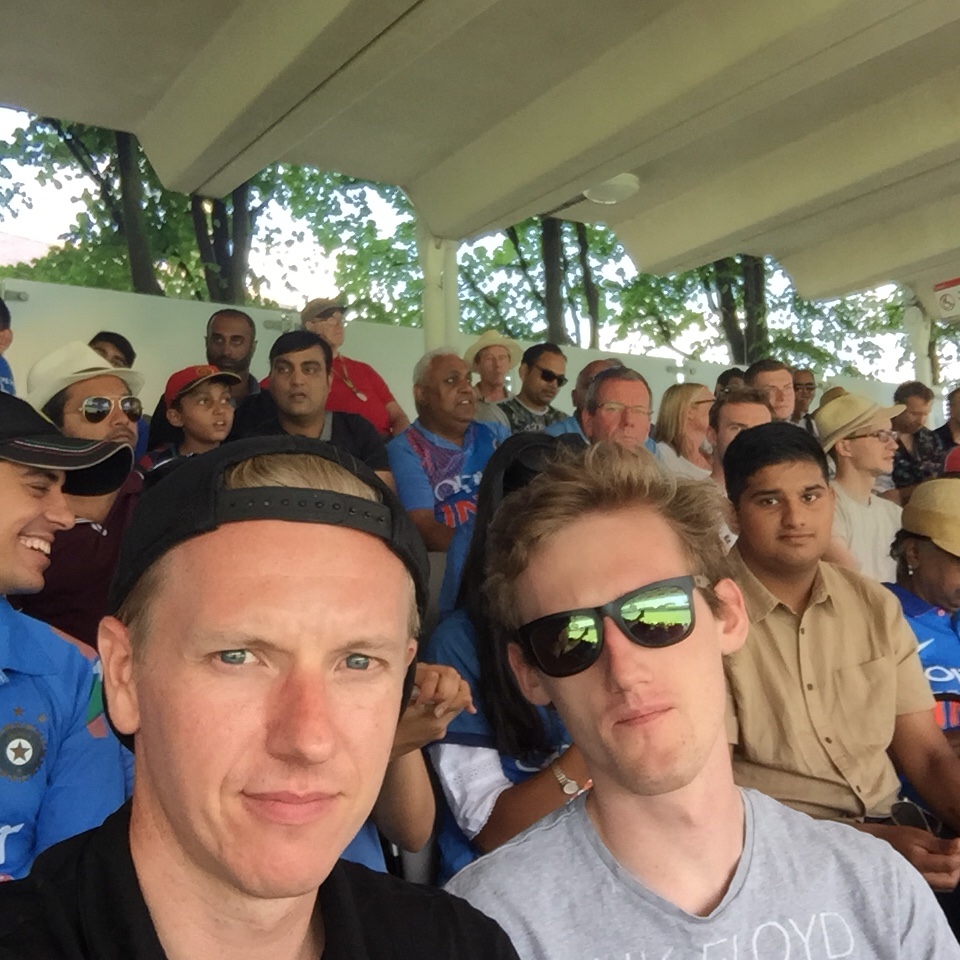 Why the ground is spectacular as you look around it from the old the pavilion to the new the press centre thousands of people watching a cricket match as planes fly across you forget you are in the city of London. There is definitely something magical at Lords.

On top of that it is a well run machine from getting you in to the ground and to your seats to serving you a cold pint the service was ace and especially it was lovely to see the services there helping people to their seats and making them feel safe and welcome.